PLEASE READ FOR HELP ON USING THE INTERACTIVE MAP

Below is an interactive map highlighting areas and directions for the residence possibilities of Karina's killer as outlined in the geometric patterns produced by the angles of the planets (as listed above) at the time of this crime along side the birth chart of Karina Vetrano for 7/12/86 over the location of where her remains were recovered.

Planetary Patterns AT CRIME to be used for Finding Assailants Residence

Planetary Patterns AT bIRTH to be used for Finding Assailants Residence

Case Examples to Support Our Map

Below are 3 separate cases of abducted/murdered females that we would like to use to support our efforts in trying to narrow down directions and mileage distances for the residence of Karina's assailant/assailants.  In each case, we illustrate howWe are confident that Karina's assailant will either reside or frequent the areas on or near to the vector bearings at distances that are in accordance to the measurement of the planets at the time of this crime and at her birth.  Please review the cases below that support this work moving on to Karina's Interactive Map.

The abduction chart in the Ridgeway case
In the matter of Direction: The true north vector bearing from the remains to Sigss address was 064°, a bearing that can also be expressed as 4° of Gemini.  Siggs residence was located on the opposite end of Mars' T-Square to the Venus / Neptune opposition.
In the matter of Distance:  From the point of recovery of Jessica remains to her assailants address there was 5.37 direct miles as offered by Uranus' 6 degree measurement at the time of disappearance
Cherish Perrywinkles' Birth Chart erected for Sunrise
In the matter of Direction:   Jessica's own Sun / Mercury conjunction formed a 120° trine to this point 064° vector bearing.
In the matter of Distance:   Jessica's Venus measured 05° and 35 minutes of Aquarius offering near the 5.37 direct miles from the point of remains recovery to her assailants address.

The Moon is ruling the house of open enemies in this chart when she was last seen alive and its trine to Saturn---that means this opponent is not a stranger to Karina.  That he is in the neighborhood because he belongs there whether through family or work.

​Its been understood that Karina worked in the food n beverage industry --a position that I am most familiar with and know it is not uncommon to be acquainted with an uncountable lot of men ---men who could very well misconstrue the hospitality of a female service worker.  The fact that Mercury is ruling the house of work relationships in this chart and squaring Saturn I'm inclined to believe this male has crossed her path through one of the restaurants she has worked.  Since the planet Mercury is in retrograde motion at the time of her own birth, I would look for men who may have just recently returned to the area from having been away, ---such as a military term.

​The Moon, at 5:46 PM had already passed the Sun by 32 minutes, putting the Sun (man) behind her (Moon).  So I believe he came up behind her when he attacked her and did not confront her face to face.

The chart to the right is a reflection of the measurement of all the planets at the time of this crime, noted in red are numbers that we connected to this event.  The others could figure in as well, and are just important.  For instance,
The disappearance chart suggests that this man is in the neighborhood because he belongs there, whether through work or a connection to family or friends. I don't think you are looking for a homeless heroine addict as suggested by some of the articles that have surfaced about the un-favorable element that visits Spring Creek Park.  It is in our experienced opinion that we believe someone Karina knows took the opportunity to move on the impulse of emotional revenge.

The number in the charts below are very important to this crime against Karina.  These numbers can and will show up as factual numerics that parallel numerica details in this case, such as a date of birth for her assailant, his address, or any other detail or date in time that may surround the unfoldment of this case.
Arian Birth dates for Assailant -  Possible date of birth could fall between March 20 thru April 19
The dates below that do not fall into this period of time are still potent because the two planets Mercury and Venus travel so close to the Sun that they themselves may be positioned in Aries during these date outside of the range offered above.  Mercury and Venus never travel more than 28° and 48° away from the Sun, so this person could have the planets strongly influenced at birth for which will give him Arian traits.  Arian traits on the negative side are prone to fighting, being a bully and violence in general.  On the positive it could also give this individual skilled traits in the more dangerous of fields that require a strong physical constitution. 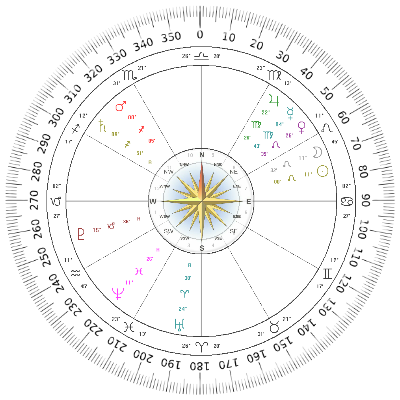